The judges are carefully selected for their wealth of experience and expertise, as well as their absence of conflicts of interest.

IMPORTANT: The judges are bound by a strict confidentiality agreement and are required to declare any conflict of interest in entries over which they deliberate, and to stand aside from deliberations concerning those entries.

The panel is carefully selected to ensure the Awards judging process is fair and objective.  We select individuals to serve as judges who have distinguished themselves in their field and who demonstrate exceptional leadership ability and vision. We hold our judges to the highest standards of fairness, accuracy and integrity. The entire judging process adheres firmly to these guiding principles.

Judges will take part in a judging conference call, where the winners will be decided, with one expert per category will be asked to summarize the judges’ comments and provide any additional input as required. All judges are required to sign a disclaimer form to keep information about entries and the final winners confidential.

Robert is the Global Head of KPMG’s Hedge Funds Practice and a Tax Principal in the firm’s New York Financial Services Practice. He has over 15 years’ experience in advising financial services companies and hedge funds. Robert attended Boston University where he received a BA in Political Science, and American University’s Washington College of Law (Washington, D.C.) where he received a JD. Rob is a Member of the New York Bar. He has worked with Big 4 firms in London, New York, Washington DC, Milan, Bangkok and the Cayman Islands. 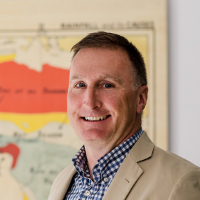 Peter qualified as a Chartered Accountant (SA). He completed Articles with Deloitte in Cape Town and continued employment with Deloitte at both their Kimberley and Johannesburg offices, culminating as a Managing Consultant in the Special Services Group. Peter left the profession for commerce in 1997, initially joining Meadow Feeds, a division of Tiger Brands, followed by over ten years at AFGRI, fulfilling the roles of Group Financial Manager and General Manager Sustainability. Currently he provides advisory, authorship and assurance services in the corporate reporting field and performing contract accounting assignments for Phatisa. 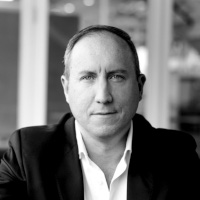 Thomas is a founding director at Eighteen East Capital, an advisory company with a focus on impact investing and development finance, with offices in London and Cape Town. He has 17 years’ experience in the asset management industry. Recently head of institutional business at African Alliance Asset Management, he previously was a director at S&P Fund Research, and held senior positions at RBS/ABN Amro. He holds an MBA from the University of Cape Town and a Masters in Applied Finance from the University of Melbourne. In addition, Thomas founded the Africa Impact Report in 2011. 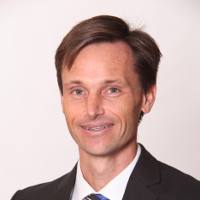 Oliver has worked in various equity investment related roles spanning sell-side and buy-side listed equity research, private equity and fund of funds management. Prior to joining 27Four Investment Managers, where he oversees the Africa ex South Africa fund of funds product proposition, Oliver was responsible for Sub-Sahara Africa banking research at African Alliance Securities. He has been involved in Africa ex SA capital markets over the past 8 years and is based in Cape Town, South Africa.

Akin is the founder of Market Atlas, an African focused market research and advisory firm in Washington D.C. He is also the Managing Director of Feleman Limited, an Africa-focused early stage impact investment firm. Akin serves as a Non-Executive Director of Splash Mobile Money, a mobile payments company in West Africa, and is a board member of the Dartmouth Entrepreneurial Network in Washington D.C. He holds a BA in Economics with a minor in Political Science from Union College, New York, and an MBA from The Amos Tuck School of Business at Dartmouth. He is also an alumni of the World Bank Institute and a past member of the ASPEN Network of Development Entrepreneurs (ANDE). 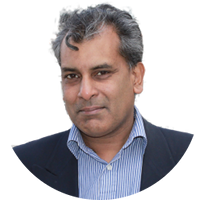 Said DeSaque is Founder & CEO of DeSaque Macro Research, which was formed in 2012. He has over 30 years of experience working as a professional economist in financial services, primarily based in London. Prior to establishing DeSaque Macro Research, Said held positions as Senior Economist and Investment Strategist at US banks Robert W Baird and William Blair. He began his career as a graduate at PaineWebber in 1986, where he eventually became Head of the London Economics Department in 1996. Said has a keen interest in international relations, along with their implications for economic development and financial markets. His research interests include, amongst many others, the economic transformation of emerging and frontier markets, particularly in Africa, and its implications on global capital markets. He is a member of Chatham House, a leading independent global think-tank on international affairs and economics in London. 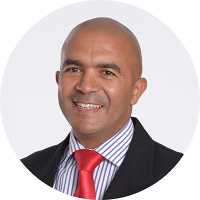 Barron is responsible for directing and managing business operations to ensure client needs are met and organisational strategy is achieved. Barron has 14 years of financial services and asset management experience in various roles. His primary focus was on institutional and retail operations in various businesses including Investec Asset Management, State Street and Stanlib. Barron joined Futuregrowth as Head of Operations in 2014. 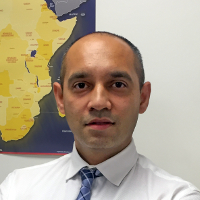 Abhimanyu heads fixed income and currencies at MCB Capital Markets, the investment banking arm of the MCB Group, a leading financial institution in Mauritius. He is an investment professional with broad skill set including portfolio management, trading, quantitative analysis and risk management in both the asset and liability sides of the asset management business. He joined MCB IM in May 2015, and prior to that was a portfolio manager at MEAG New York Corporation, where he managed and traded the $22bn credit portion (US$ IG/HY/EM, CDX/CDS and C$ IG) of the firm’s $40bn AUM. 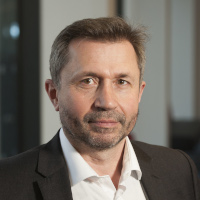 Department of Accounting and Finance, University of Strathclyde

Daniel is a finance academic and formerly a senior figure in the fund management industry. He is Director of the Centre for Financial Regulation and Innovation. In addition to previously managing African equity and fixed income funds, Daniel has held a number of executive level positions in the investment world. These include Chief Executive Officer, Chief Investment Officer and Chief Portfolio Manager. Daniel has written numerous books and articles related to capital markets and has had two peer reviewed papers published on what the appropriate index is for African equity funds.

You can also reset your password if you've forgotten it.